The drone business is taking off for former commando Alex Pryor.

Alex Pryor served with the Australian Army for 6 years, discharging in 2010 feeling on top of his game after serving on a counter terrorist task force and a dozen deployments under his belt.   However, the Global Financial Crisis combined with old service injuries quickly impacted his successful transition to civilian work.

Today, with the help of Prince’s Trust Australia entrepreneurial training program, Alex is Chief Operating Officer of Sync Technologies, bringing his knowledge of technology and skills from defence into Australia’s construction industry.

Alex Pryor has gone from commando to entrepreneur in under a decade, successfully launching two technology-based businesses aimed at streamlining the construction industry.

‍Business boomed during the COVID pandemic - a 30 per cent increase almost overnight, Mr Pryor said - when stakeholders and management needed to ‘see’ worksites without physically visiting the sites.

“Being military, that’s where I thrive, I thrive in chaos,” he said.

The 39-year-old started his small business journey with Pryority Droneworks, which serviced the construction industry, and took it a step further with Sync Technologies, which aimed to increase productivity on jobsites.

Mr Pryor credits Prince’s Trust Australia with helping him take the leap of faith into entrepreneurship.

“Prince’s Trust had these single day events, you know a come and see what it’s like on the dark side of start-up life,” he said.

“That was the catalyst really to go, okay, let's have a crack at it.”

But when Mr Pryor left the military he had no plans to bring technology to the construction industry, which has the second lowest level of digital maturity in Australia.

The Sync Technologies Chief Operating Officer joined the Australian Army as a commando in 2004 and was posted to the 4th Battalion, Royal Australia Regiment in Sydney, which became the 2nd Commando Regiment.

He discharged in 2010 with half a dozen or so deployments under his belt, “not too scarred from service” and having achieved everything he’d set out to do while in uniform.

At that stage the GFC was at its peak and, despite plans to manage a security business, Mr Pryor ended up working 15 jobs in 18 months and somehow found himself in the construction industry.

By 2018 he’d moved up the civilian ranks – from apprentice carpenter to supervisor, foreman and project manager – when old service injuries caught up with him.

Two hip replacements later and Mr Pryor was advised by his surgeon to get off the tools.

Post-surgery and while on a DVA-facilitated placement with defence contractor, Rheinmetall, Mr Pryor read about Prince’s Trust Australia in one of the company’s bulletins.

“At that stage I had about 20 hours of rehab and doctor appointments during the week and then squeezing in trying to ramp back up into full time work,” he said.

“So during that Prince's Trust event I thought, well, why not (start a business)?

“The big attraction was having flexibility to schedule my day.”

That was the start of Pryority Droneworks, where Mr Pryor used technologies he was familiar with from defence - drones, scanners and sensors - to create 3D data for builders and designers.

The Brisbane local then took all that knowledge, technology and skill, from both Pryority Droneworks and his time in the military, and launched his second company, Sync Technologies, with co-founder Carolina Dreifuss and the backing of investment platform Antler.

At a basic level, the company uses technology to ensure everyone working on a construction project has the information they need to be on the same page.

Much like the missions Mr Pryor undertook as a commando.

“Everyone in the team going out had to understand the mission fully and even repeat it back to anyone else,” he said

“That takes all the guesswork out because, the thing is with humans, we fill in the gaps if we don't know something.”

Sync Technologies uses existing and emerging technologies to capture data for a construction project, from planning through to completion, to streamline the process and ensure everyone knows the ‘mission’ inside out.

“Blue sky for us is for everyone with a mobile device on site to be able to capture data, whether that be a large data set or a compartmentalised data set,” Mr Pryor said.

“So, if someone has just finished in a room they can capture 3D data, which plugs into the big BIM (building information modelling) data set or the larger model.

“And that can be validated by other stakeholders, being the project manager or site manager who may be off site, or even the client.”

Mr Pryor said he never thought of himself as an entrepreneur.

But with two successful businesses to his name, there is little doubt the title fits.

The former commando said his biggest struggle becoming a business owner was learning to delegate, while one of the most valuable lesson he learnt was accepting failure as part of the process.

“We were in a zero-fail environment in the military. The mission must succeed,” he said.

“But in the real world, it's okay to go, what do we learn from that? And off we go.”

Mr Pryor said his advice for anyone considering the start-up life was to just give it a go.

“It's worse thinking about it than actually doing it,” he said.

“William McRaven, one of the US Seals who is now an (admiral), he talks about how you can't steer a ship without it being underway.

“Sometimes you have to take the boat out of the harbor and go sailing.”

“And he’s a great example of using those skills to their best effect.”

Mr Batch said the technology industry had a strong focus on outcomes and a user-centred approach, which tightly matched the abilities of Australian Defence Force members.

“The skills to adapt to changing requirements and needs I think are in the DNA of veterans,” he said.

Mr Batch said as one of a number of veterans employed by Accenture, he was personally impressed by the company’s aim to see ex-serving ADF members thrive in technology fields.

“I started a business with fellow veteran Angus Heatley that Accenture acquired two years ago,” he said.

“I think I’m obviously very biased when it comes to what veterans can do, but what I’m really happy about is Accenture recognises that talent.

“I can absolutely see how they’re doing that by supporting veteran entrepreneurs through Prince’s Trust Australia, but also supporting people who would like to join a large technology company.

“For us here at Accenture, it’s about creating opportunities at all levels and for all skills sets.”

Article is written for The Trust by an Australian Defence Force spouse, freelance copywriter, and Enterprise program alumna Courtney Snowden. 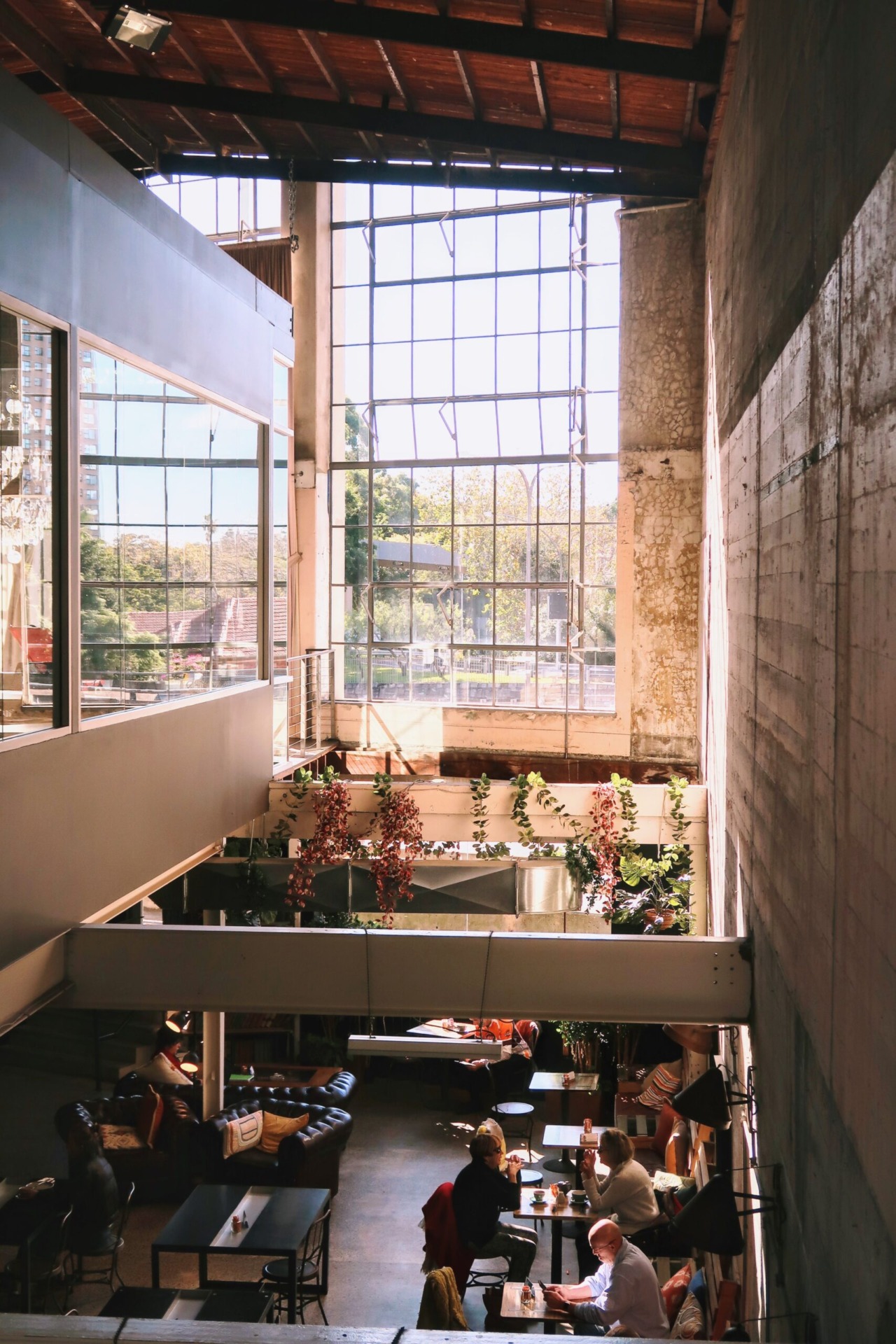 A MESSAGE ON THE GREAT BARRIER REEF
Read more 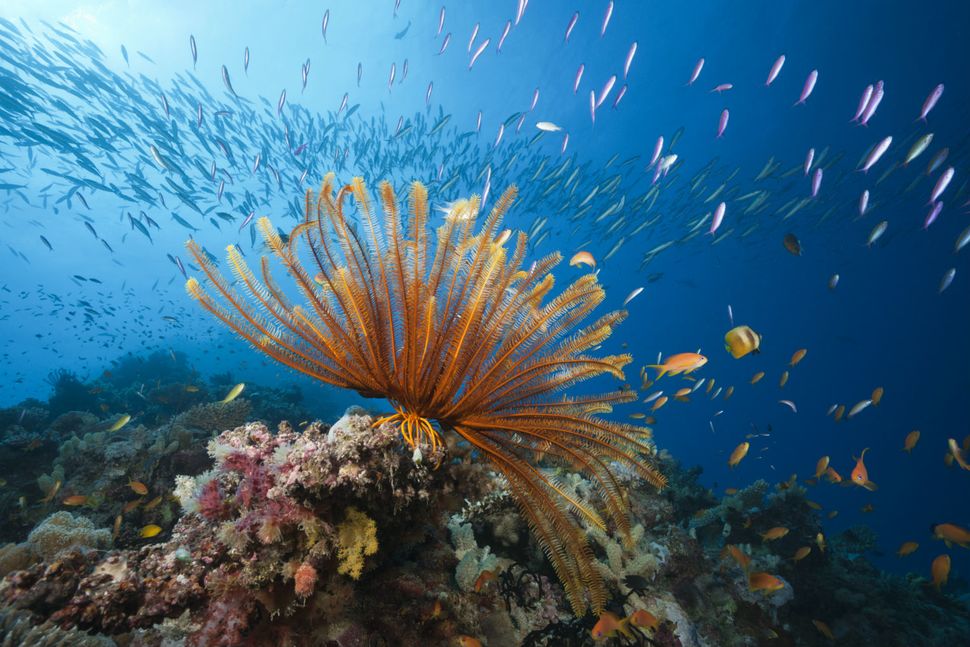